It's all about the message

Users nowadays use a number of different platforms and media. In order to maintain access to your target audience, Video Advertising should be an integral part of your online marketing strategy. However, the correct placement of your video clips is more difficult than it might initially seem. Various forms, resolutions, standards, players and the right success measurement contribute to the complexity. A distinction is basically made between In-Banner and In-Stream Video Advertising: so-called In-Stream Video Ads are clips that run as pre-, mid- or post-roll. Also before, between or after a video. For example, before the broadcasting on platforms such as e.g. Zattoo, before a video on a news page or a video content on youtube or other well-known portals.

– Users are already in a video environment and want to
consume video content.
– The user’s attention is directed completely at the
commercial.
– The sound is already activated – that way you
achieve a full acoustic effect. 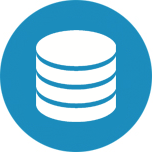 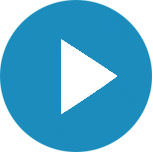 If you are an advertiser who buys large amounts of online display ad inventory, you should make sure that you have a proper ad server in order to have the best possible control over your campaign operations. The best solution would be to have your own ad server that manages campaigns across different publishers, each one of which gets his own unique ad tag script, generated by your ad server. The tag is then inserted into the ad server which is associated with specific website. This tag can track delivery and performance across all channels. There are two types of tags: VAST and VPAID.

Why you should use your own ad server? An own server makes sense to ensure more accountability, centralized control and management, better insight in your campaign process and data ownership, which can help boost your business. Video campaigns are one of, if not the most engaging ad format. If you are one of those advertisers that are launching a great number of video ads, get a video ad server now. The video ad server stores video ads and ensures that a video ad is shown every time someone visits a website. There are two types of ad servers – publisher ad servers (that serve ads via the website’s own servers) and third-party ad servers (provided by a specialist ‘third-party’ provider).

By running your own video ad server you have access to independent statistics that will help you audit the results reported by the publisher or a third-party. Also, in terms of creativity, you gain more control over the format of your video ad and the ability to optimize the delivery of your video ads by testing different ads and deciding, which should be released. Furthermore it provides you transparent insight into the performance of your video campaigns which would otherwise differ from publisher to publisher. Using your own video ad server you can look at all sorts of statistical data such as placement, geo location, and time stamp. This can help you immensely to see what is and what isn’t working. Another important reason to have your own video ad server is, that it helps you to centralize the management of your campaigns across all publishers you are working with and to store all your campaign statistics in one single database, own them and control them.

“Video Advertising is complex, but it does not have to be complicated.”

Any cookies that may not be particularly necessary for the website to function and is used specifically to collect user personal data via analytics, ads, other embedded contents are termed as non-necessary cookies. It is mandatory to procure user consent prior to running these cookies on your website.